ACC is recognizing a Brandonite for her lifelong community involvement and volunteerism. 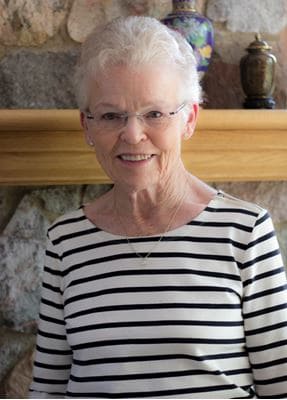 Mildred Murray will receive an honorary diploma in Social and Community Service on June 11 at the college's Brandon graduation ceremony.

"It is a great honour to me to be considered for a diploma from Assiniboine Community College. This school is such an important part of the services available to the people of Brandon and surrounding communities," said Mrs. Murray. "I look forward to seeing hundreds of young people receive their diplomas as they prepare to take their new skills to the workplace. What a great resource for us!"

Mrs. Murray has lived in or near Brandon for nearly her entire life. Growing up on a grain farm, she completed the first eight years of her schooling in a one-room country school. She went on to graduate from the University of Manitoba at the age of 20 and secured a job with the Province of Manitoba in 1952.

At the age of 33, she obtained her private pilots license and became a charter member of the "Ninety-Nines" of Brandon, an association of women pilots. She served one year as their president.

Mrs. Murray spent many years alongside her husband, Clair, while mentoring her four sons who now operate more than 30 automotive dealerships across Canada.

Her contributions to the community over the years are significant, having volunteered her time to serve on many local and provincial boards including the Brandon School Division and the Brandon Area Community Foundation.

"Mrs. Murray has demonstrated a deep compassion for others while working to make our community better over the decades," said ACC President Mark Frison. "She's a remarkable individual and our hope is that graduating students are inspired by her efforts and encouraged to spark positive change in their own communities as they move forward in their lives and careers."

The graduation ceremony takes place at 2 p.m. on Thursday, June 11 at the Keystone Centre in Brandon.

Mildred Murray has lived within six miles of Brandon for nearly her whole life. The youngest of six children, she grew up on a grain farm and completed the first eight years of her schooling in a one-room country school.

She received the Governor General's medal when she graduated from Brandon Collegiate Institute and attended the University of Manitoba to earn a Bachelor of Science degree at the age of 20. Immediately upon graduation from university, she started her career as a District Home Economist with the Manitoba Government in their Department of Agriculture.

Mrs. Murray spent many years assisting her husband and mentoring her four sons who now operate more than 30 automotive dealerships across Canada.

In previous years, Mrs. Murray was an avid curler. In 1983, she represented Manitoba alongside her sister and two other team members, winning the Canadian Senior Women's Championships.

She has been extremely active within the community throughout her life. She was involved with the Manitoba Provincial Exhibition and United Way, served as a board member of the Brandon General Hospital and the Children's Aid Society of Western Manitoba. She was the volunteer development chair for the Manitoba division of the Canadian Cancer Society and a member of the Health Advisory Network for Manitoba.

Mrs. Murray was a member of the Brandon School Division Board for 16 years, serving as chair for three of them. She also spent 16 years involved with the Brandon Area Community Foundation. Her belief in philanthropy has been an underlying message she has passed on to her family, which has grown to include 12 grandchildren and two great-grandchildren.